Speed windsurfing is an extreme sport which requires just a little bit of craziness. When the world’s best and wackiest surfers come together to compete, they’re all in for a fierce competition with nature. Racing down a strip of water is as much about technique as it is about perfect weather conditions. Strong winds with the calmest water surface possible, allow surfers to reach speeds up to 96 km/h.

At 50 years of age, Morten Knutsen is Norway’s fastest speed windsurfer. He trusts in the FitLine products since 2018. In November 2018, he set a new Norwegian record in speed windsurfing. With an average speed of 43.5 knots (80.5 km/h) over a distance of 500 meters, he sailed across the Lüderitz canal in Namibia, only to replace fellow Norwegian Miriam Rassmussen at the top. We wanted to know what it takes to be among the best, how FitLine supports him, and we’re happy to share his answers:

Going more than 80 km/h must be an incredible rush. What’s difficult about windsurfing?

The kick you get from going so fast is just incredible. It’s crazy! Plus, nothing beats the feeling of being at one with the force of nature. It’s all about being 100% prepared, then mentally shut off in order to do task for task without thinking about it. Actually, the canal I surfed on in Lüderitz was only 6m wide and at some spots only 25-30cm deep. The difficulty with surfing on a canal instead of the open sea is the fact that you need to stop rather suddenly after taking up speed. 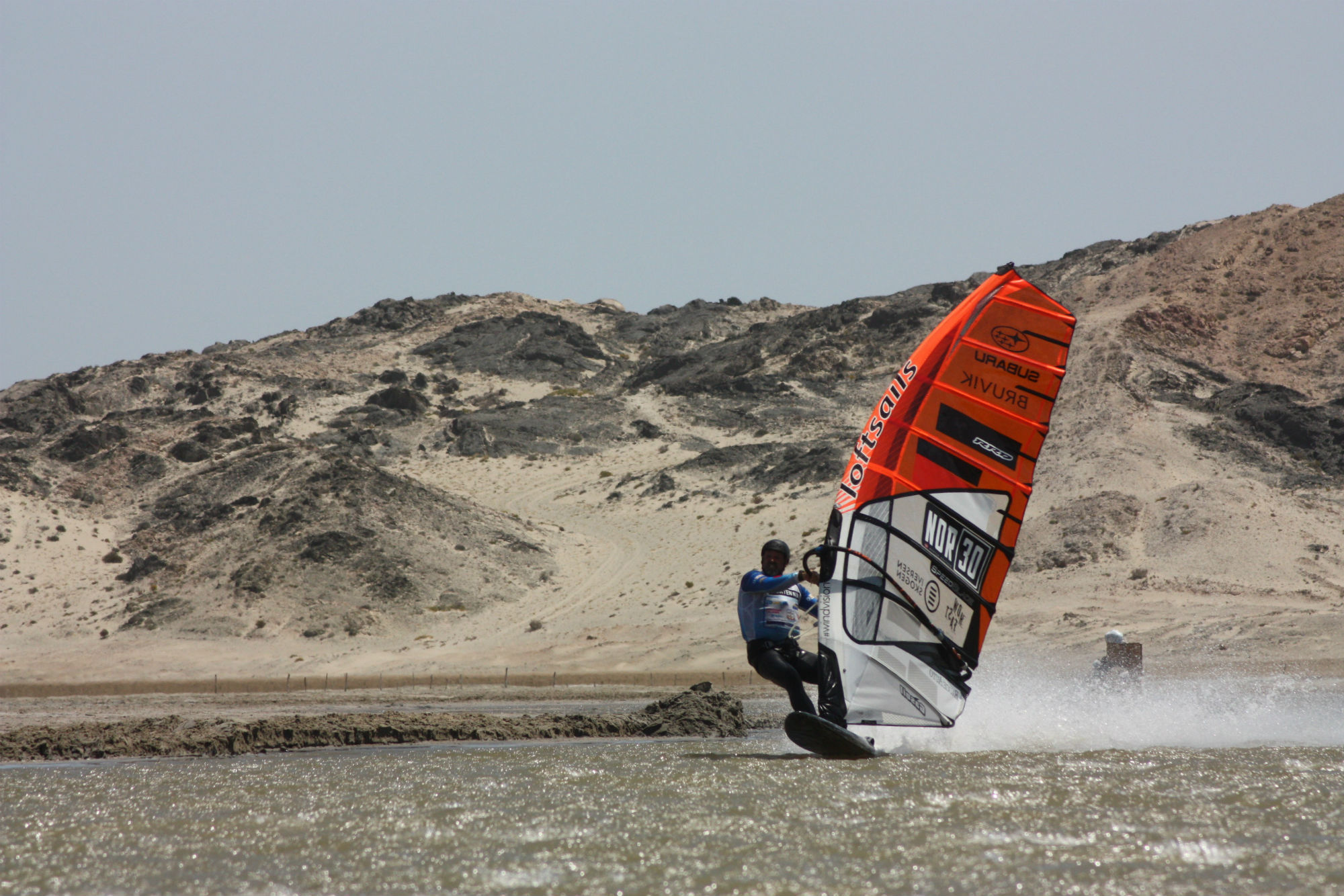 How do you incorporate the FitLine products into your daily routine?

Well, my sport is an extreme sport. The body gets beaten up pretty badly. Strong winds blowing day after day, and they determine when I get rest. Without a doubt, the product that does most for me is Restorate. I use it earlier in the day, for example after the training, when the body begins to regenerate.

When the summer arrives, I wish to be a little lighter, because I sail more in Norway and other places with less wind. So, I need to be physically lighter. I might start with fasting, which means that I eat all my food in an 8-12-hour window during a full 24-hour day. During the remaining time, I fast. I start with breakfast at around 12. Typically, I have porridge with cottage cheese, maple syrup and lots of cinnamon, together with a PowerCocktail and two scoops of Activize. Then I’m good to go. And during the day, while training, I use the Fitness-Drink, which is really good. I have tried many sports drinks, but my stomach tolerates this one the best and I feel that I have more energy to go on.

Where do you go windsurfing?

I have been all over the world already to go windsurfing. I usually train either at home on the beach of  Karmøy Åkra or in Denmark, Greece, and Egypt. My favorite places are still my home town, but also Devil’s Bay in Greece and of course Lüderitz in Namibia. 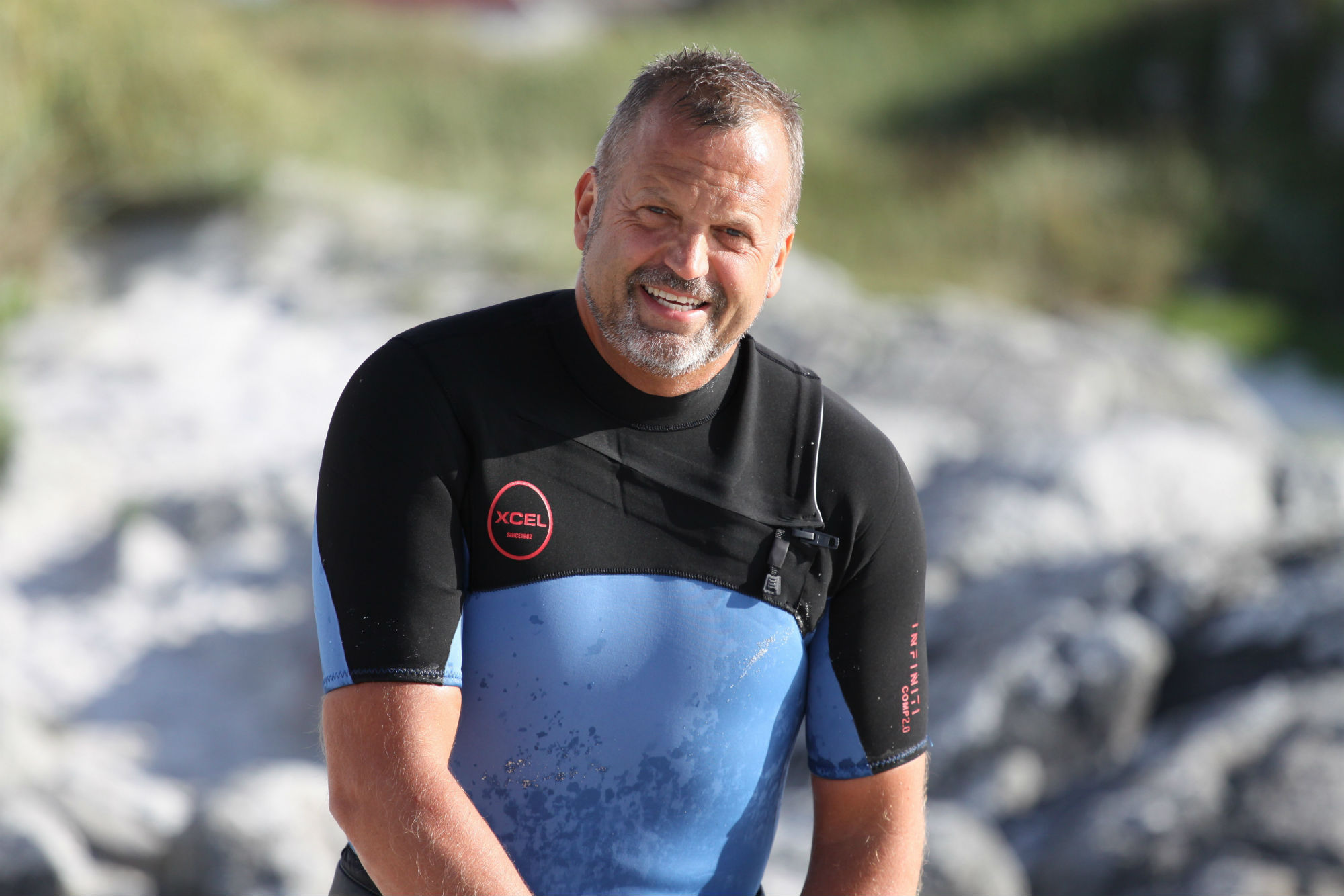 Which physical traits are important for windsurfing and how do you prepare yourself physically?

Full body strength, particularly the core, is important to prevent injuries. I go hiking with 20-30kg extra weights, mountain biking, yoga, go to the gym, exercise on the rowing machine and also do mental training.

What’s your next goal?

I’m always looking to go as fast as I can. It’s not only about setting national records, but also challenging myself, and setting a new personal best. They say life begins at 50 knots. So, for now that’s my next goal.

Describe yourself in three words.

Crazy (there it is…). Determined. Disciplined.